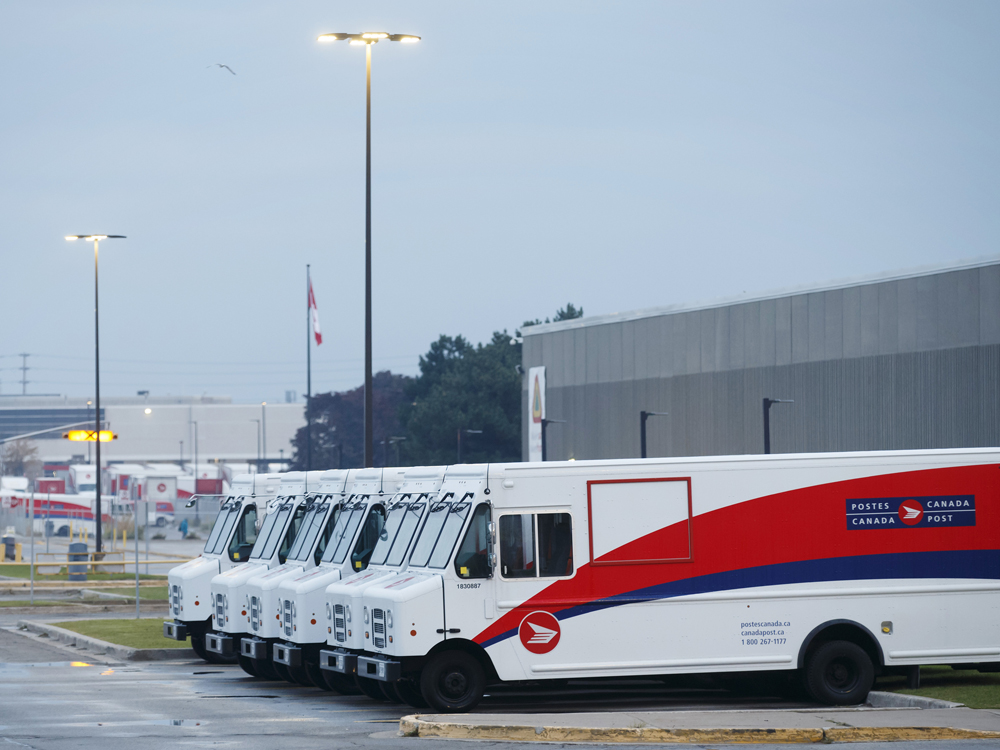 OTTAWA — The Canada Post rotating strikes have hit the country’s largest processing centre in Toronto for a second time in three weeks as workers in 11 other southern Ontario communities walked off the job just after midnight.

Canada Post says in a statement that the union continues to escalate their strike activity, adding more communities each day and shutting down major processing centres for extended periods.

Toronto facilities were shut down by the union for two consecutive days in October.

Canada Post says there is no indication when that strike will end, adding it will worsen backlogs in mail or parcel deliveries across the country.

“Prior to the union’s decision to target Toronto again, the number of trailers full of parcels and packets waiting to be unloaded and processed at Canada Post facilities sat at over 150,” Canada Post spokesman Jon Hamilton said in a statement late Tuesday.

“The escalating strikes have now shut down our three largest processing facilities in Toronto, Vancouver and Montreal up to 48 hours. Combined, those three plants can process a million parcels and packets a day for communities across the country.”

The union and the postal service have been unable to reach new collective agreements for two bargaining units after 10 months of negotiations.

“The lofty rhetoric of wanting to work with us to reach fair agreements for our workers is turning out to be nothing more than smoke and mirrors.”

CUPW has also called on a national overtime ban for both of its major bargaining units, meaning workers will not work more than an eight-hour day and no more than a 40-hour week.