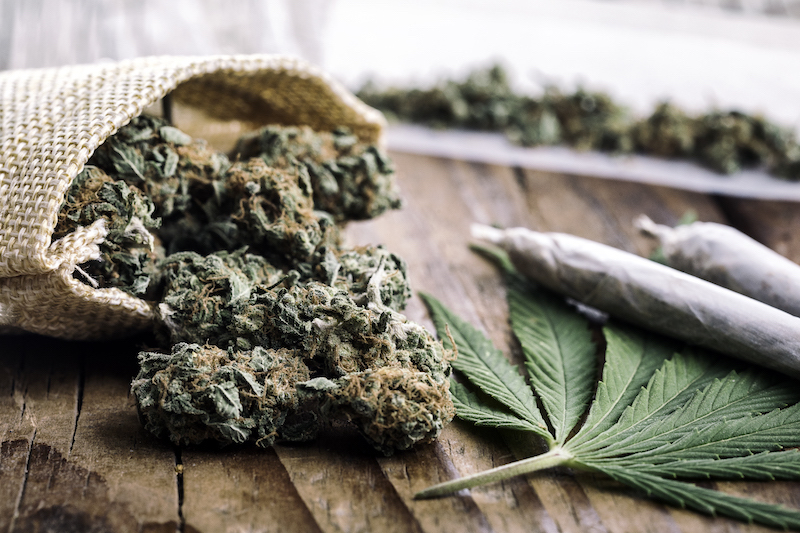 Yang Qu, Canada’s first academic researcher focusing solely on the cannabis plant, poses in this recent handout photo. Yang Qu hopes to lead the way in unlocking the full potential of cannabis — both commercially and medicinally — just as he did as one of Canada’s foremost anti-cancer drug researchers. Starting in January at the University of New Brunswick, Qu will be the country’s first academic researcher focused solely on the cannabis plant, building on years of experience researching and developing anti-cancer drugs.

FREDERICTON — Yang Qu hopes to lead the way in unlocking the full potential of cannabis — both commercially and medicinally — just as he did as one of Canada’s foremost anti-cancer drug researchers.

The 35-year-old will soon be the country’s first academic researcher focused solely on the cannabis plant.

“Legalization just liberated the research on this plant,” said Qu, who will start in January at the University of New Brunswick.

There are still a lot of things we don’t know about cannabis, he said.

“The industry is rapidly growing, as we all know,” said Qu. “I’m sure that the exciting biological activities in the future that we would gather from this plant would help to grow the industry.”

Qu said one of his major goals is to look into the medical capacity of cannabinoids and devise new ways of manufacturing them.

While there are more than 90 different types of cannabinoids — chemical compounds in cannabis — he said we only really know about two of them: tetrahydrocannabinol, the primary psychoactive compound in the plant, and cannabidiol, a compound typically used for pain relief.

“Once we have more information about the individual activity of the cannabinoids, we can try to produce these cannabinoids in cannabis plants,” he said.

Qu also aims to improve the genetics of cannabis plants to reduce production costs and make them easier to grow both in colder climates and in greenhouses.

He also wants to explore the possibilities of synthetically producing cannabinoids instead of extracting them from a plant.

For the past few years, Qu, who has a PhD in biochemistry from the University of Calgary, led a research team at Brock University in St. Catharines, Ont., where he studied the biosynthesis of anti-cancer drugs: specifically, those derived from the Madagascar periwinkle, a type of flowering plant.

There, he identified the genes responsible for making those drugs and transferred them to a microorganism, like yeast, which can catalyze the same reaction as the plant.

Qu said his work with the Madagascar periwinkle can be directly applied to his research into the cannabis plant.

“From a scientific perspective, they’re not really closely related at all. But, you know, a plant is a plant,” he said.

“The research tools are basically transferable from one plant into another plant.”

He believes this method can be used to synthetically produce cannabinoids, which he said would result in higher quantities and a purer compound.

But before Qu gets to work in January, he said he’ll consult with both government agencies and the private sector to see where exactly research is lacking so he can narrow down his focus.