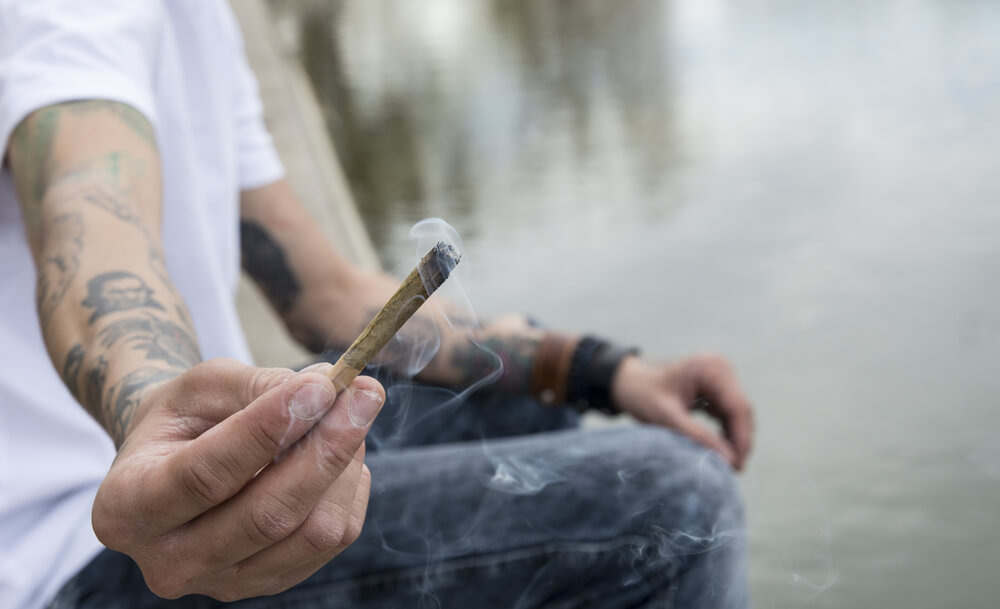 Home Education Can You Get a Weed Addiction? How to Tell And What to...
Twitter
WhatsApp
Facebook

Is it possible to have a weed addiction or cannabis addiction?

Since marijuana’s recent legalization, millions of people have gained access to cannabis at their fingertips, but what eludes many of these people is the potential for weed addiction.

For some people, cannabis has a high potential for developing an addiction, while in others it does not.

In fact, approximately 1 in 10 people who use marijuana will become emotionally or psychologically addicted to weed.

To further strengthen this claim, the National Institute of Drug Abuse had released some data that indicated that 30 percent of all cannabis users experience some sort of marijuana use disorder.

What’s more important is that this particular marijuana use disorder can eventually turn into a weed addiction when the person relies heavily on the drug despite the fact of it interfering with their daily responsibilities.

How Does a Weed Addiction Start?

Genetic factors play a large role in determining the rate of addiction in an individual, but also, their environment and social circumstances have a great impact as well.

If genetic factors are a preliminary indicator of whether addiction is a possibility or not, then the individual’s responsibility skills and environment are the other half of the equation. It has widely known that people who have are less likely to become addicted to drugs have a wide circle of options when it comes to their choice in picking what makes them feel good.

That said, people with high responsibility skills are known to be connected with their societies and have a connection with their families, jobs, and social networks, giving them a variety of outlets for social interaction and stress relief.

By the same token, those who have family issues or are consumed in stressful situations with fewer options, are likely to be at higher risk for developing a weed addiction.

Along with environmental conditions, mental health also has an effect on the development of weed and drug addictions.

For those who suffer from anxiety, a few beers or couple puffs from the joint may take it all away, but the problem sets in when the tolerance kicks in.

People are eventually forced to consume more for the same perceived effects.

What makes it worse is that when trying to stop their consumption, the anxiety may come back in full force, making it even harder to stop, putting the user in a vicious cycle that never seems to end.

Of course, this is an example of an extreme case and the addiction or underlying tolerance can be mitigated by responsible usage or by implementing a short tolerance break to reset the tolerance.

When it’s too late for prevention, recognizing the symptoms of weed addiction is the first step to taking the correct course of action to recovery.

At times it can be difficult to be true to yourself and be objective about your cannabis consumption.

To make the job easier for you, we’ve formed a list of ten signs that your weed addiction use has been taken too far.

As with any other drug, through continued use, your body will become accustomed to the effects, requiring more to produce the same high.

If you have noticed that you have been using more cannabis that you normally intend on using, this could be a sign that you are punching above your weight.

Enjoying cannabis once in a while is a luxury we all deserve to have, but when other symptoms like irritability, moodiness, insomnia, or loss of appetite come in to play when you stop using cannabis, this may be a sign of weed withdrawal, hinting that you could have a cannabis addiction.

3. Unable to Stop Marijuana Use

If you find yourself reaching for cannabis every day with the intent of eventually stopping, this could be a sign that you’ve developed a weed addiction.

If you find yourself unable to put down the ganja, it might be a sign that you need some help getting clean.

4. High All the Time

It is reasonable to enjoy cannabis and look forward to having a good time with it, but if you find yourself constantly in a state of looking to get high, looking forward to getting high, or actually being high, then those are some serious red flags you should consider acting upon.

5. Marijuana is Taking up Your Time

Getting high takes time out of your day just like any other activity. With its relaxing properties, you may be unable to do most of the activities you normally would when sober.

If you find yourself drained and slacking on your physical activities or responsibilities, it could be a sign that you need to take a break from the green.

6. Marijuana is Affecting Your Work

It’s easy to get carried away with marijuana use. When the time comes where you catch yourself slipping in terms of your performance at work due to the effects or hangover from cannabis use, this is a dangerous red flag for a weed addiction.

Using CBD for medicinal reasons? Find out whether or not you’ll pass a drug test while using CBD.

7. Marijuana as an Escape

No matter how much marijuana you use, your problems will not escape you.

Cannabis can be used creatively to inspire new and innovative approaches when dealing with problems, but when cannabis is used as a means to escape them, addiction isn’t a longshot away.

8. Marijuana as a Crutch

If marijuana use is needed for relaxation or creativity, then the drug is being used as a crutch. This is a telltale sign that a weed addiction is knocking on your front door. Take this sign as your first step to taking a break from cannabis.

If you would rather get high and drown out all the sound from the world around you rather than maintain and strengthen the relationships with those who are the most important to you, then you’re setting yourself up for isolation with which further exacerbate your dependency on cannabis.

10. Marijuana and Your Decisions

When the decisions and activities you partake in involve cannabis or revolve around marijuana use, this is an incredibly unhealthy sign that you may be fixated and addicted to marijuana.

Make no mistake about it, marijuana is a great therapeutic drug but it can be addictive. Although many cannabis enthusiasts claim the opposite to be true, these misconceptions must be put to rest as it will cause more damage in the long run.

Want to slowly wean yourself off of weed? CBD oil products and flower is a great option. Shop the full selection in our shop!

As with anything else with its pros in life, marijuana also has its cons.

To enjoy fully enjoy the benefits of the herb, it is best to use it in moderation and be aware of the ramifications when it is consumed in excess.