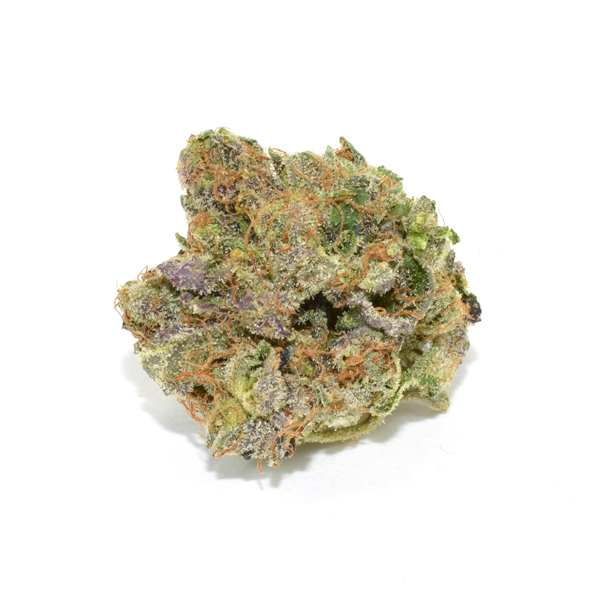 When it comes to indica strains, very few have reached a level of notoriety that can compare with Bubba Kush. First cultivated in California under mysterious circumstances, this bulky weed boasts heavy, tranquillizing effects, and is highly sought after as a medical-grade cannabis strain.

The History of Bubba Kush

Being quite short and stocky, Bubba Kush is commonly thought to have been of Afghani descent, but its true genetic heritage remains unknown. What is known, is that Bubba Kush first emerged in 1996 after an OG Kush hybrid was cross-pollinated with an unknown indica strain, purchased by the breeder in New Orleans. Some experts suggest the mother plant was likely a strain of Northern Lights, although this remains unconfirmed.

Since that time Bubba Kush has become a staple across dispensaries in Canada and the US. Always in demand, growers can never seem to produce enough of this household name strain, and once you try it, you’ll understand why.

Wondering how to grow your own cannabis that is large and potent? Check out our full guide on how to grow weed at home.

What are the Effects of Bubba Kush?

Where some indicas can leave the user in a couch-locked state of introspection, Bubba Kush lands on the more social end of the spectrum, allowing its smokers to remain active in the conversation, all while thoroughly enjoying whatever comfortable surface their sitting on.

The keyword when describing a Bubba Kush high would be “relaxation”. Upon blazing, feel your mind unfold, allowing Bubba Kush to massage the stress of the daily grind into a mere unpleasant memory. Full, pronounced body high, from head to toe, is what you’ll likely experience next, possibly coupled with a distinct desire to raid your freezer for Eggo waffles. Don’t fight it. After all, Bubba knows best.

Yes indeed, in the years its gained popularity, Bubba Kush has reached near-celebrity status, becoming the poster child for indica plants everywhere. If you need something to help with sleep, pain, or appetite management then look no further (till your sack runs out at least).

Flavour is the only category where Bubba Kush seems to get mixed reviews. Earthy, woody and extremely organic tasting, we wouldn’t exactly describe this strain as “delicious”, but the ash burns clean, white, and the overall effects cannot be beaten. For those with extremely sensitive taste palates, we would suggest vaporizing this strain if you find it undesirable, as it is truly something to not miss out on!

For those of you who need to avoid the munchies at all costs, you are the only people to whom we would suggest giving this strain a pass! The cannabinoids present in this flower seem quite adept at provoking hunger, which is a benefit for some (bodybuilders, cancer patients, people suffering from nausea or hangovers), but for others, perhaps those attempting to lose weight, this is a symptom to be avoided.

That is totally valid, and now you’ve been armed with the knowledge to choose strains based on your exact needs. In today’s wide-open cannabis market, there is no need to settle for anything less than exactly what you want. Cheers to that!

Well, there you have it, folks! If pain management, sleep aid and stress reduction are what you’re looking for, Bubba Kush is the King of Kings. Throw it in a blunt, bong, pipe, hookah or vaporizer, whatever your weapon of choice, just make sure you grab an eighth before it’s gone.