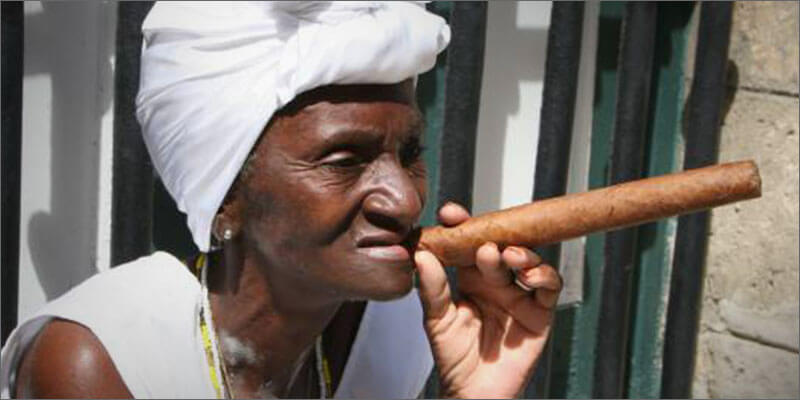 What if I told you that toking flower would let you live to the ripe age of 95, would you start to smoke weed every day? Well, I’m not going to say that’s exactly what happens but in the case of Melita Gordon, it may have assisted. She’s been smoking for 85 years and doesn’t plan on being a quitter any time soon.

Medical research has shown unbelievable benefits of cannabis usage for medical benefits. The long-term effects are just coming to light and with stories like Melita’s, it’s no wonder people are picking up the pipe and dropping the bottle.

From Day 1 Melita Was Packing the Pipe

When Melita Gordon was 10 years old her parents anointed her as the family pipe lighter for their Rastafari rituals. Her parents Michelle and Richard Gordon baptized her in the Rasta ways from a young age.

When her family was together for their Rastafari ceremony she would pack the pipe and light it for all attending. This was the same time she realized her affection for the herb.

Keeping it hidden from her parents, Melita smoked all through elementary and high school without alarming her parents. Marijuana is a prominent figure in the Rastafari culture, as it promotes a healthy balance of mind, body, and soul. Although not all who practice the religion smoke cannabis.

Since the beginning, she claims to have smoked every day, if that’s not motivation I don’t know what is.

A Joint a Day Keeps the Doctor Away

Although Melita has been an avid smoker for 85 years, she still gets cries from her kids and other relatives to quit. Stating she can’t keep smoking forever and maintain a healthy life. Well her doctor would beg to differ.

Melita visits the doctor quite often, and to everyone’s amazement, she always comes back with a clean bill of health. Her doctor claims that if she quit smoking now her goal of living to 100 would go up in smoke.

They say opposite attracts and this is no different for Mr. and Mrs. Gordon. Manuel Gordon, Melita’s husband of 50 years never smoked pot but was an avid beer drinker. While they never requested either to stop their habits, she knew that drinking alcohol was going to end up taking her husband away.

“Him never smoke at all, the only thing him do was drink beer, but him never try force mi fi stop,” she told 18 Karat Reggae of the man who died eight years ago after making it to age 100 years, six months and 12 days.