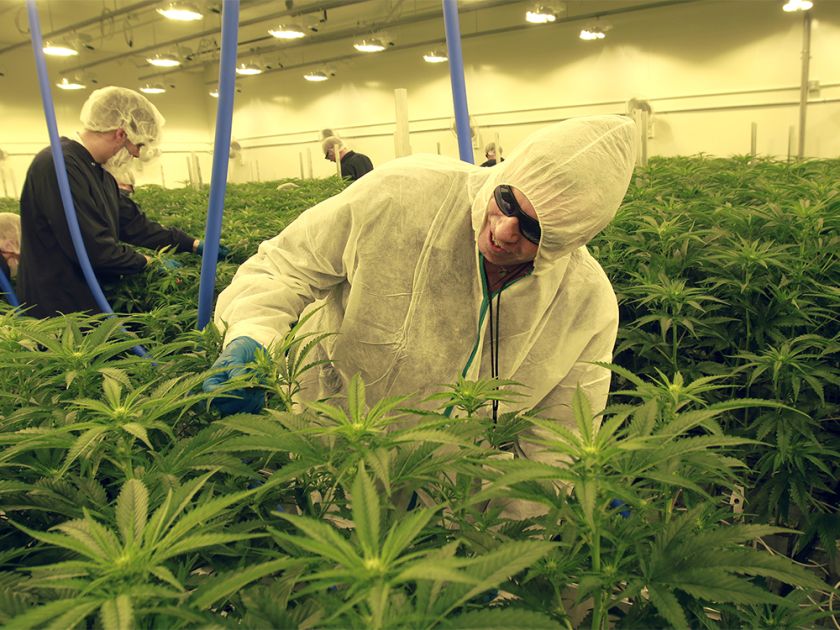 More fully-licensed cannabis growers and cultivation space are needed to meet a voracious demand for legal marijuana, a spokesman for the industry said last week.

That means more licences for both producers and their grow areas need to be issued by Health Canada, said Allan Rewak, executive director of the Cannabis Council of Canada.

“We’re talking to them every day.”

Private cannabis retailers in Alberta and across the country say the supply of product is often proving inadequate, with some insisting that shortage is preventing them from opening their stores a few weeks after the drug became recreationally legal on Oct. 17.

Alberta Gaming, Liquor and Cannabis, the provincial commission that distributes to private shops and sells pot online, echoes those sentiments.

On Friday, 72 of its 90 varieties of marijuana were listed as out of stock, while the number of total varieties had fallen by 100 from the day before.

Commission officials say they’ve canvassed all licensed producers in the country for more supply, but have been told there’s none to spare.

That bottleneck can be traced back to the federal government’s pace in approving producers’ ability to market their harvests, said AGLC spokeswoman Kaleigh Miller.

“There’s a lot of producers in the hopper waiting for a federal licence to sell,” said Miller.

Health Canada lists 132 producers as licensed to cultivate — nine in Alberta — though 78 of those have sales permits, which can take months to acquire.

Alberta has signed up 15 licensed producers to supply its market, though not all are making deliveries yet.

Those suppliers have reported inventory and shipped goods that should be enough to meet market requirements, said Health Canada spokesman Andre Gagnon.

“There will remain, in aggregate, more than enough supply of dried cannabis and cannabis oils to meet Canadian legal demand,” he said in a statement.

“The challenge will continue to be for licensed processors to work with distributors and retailers to process, package existing inventory and ship final products to meet consumer demand.”

In the past 16 months, he said, 89 companies were issued production licences and 46 granted sales permits, while growing space has expanded from two million to 13 million square feet.

Earlier this year, Postmedia reported that Health Canada was rejecting three licence applications for every one it approved, over concerns some of those requesting them had been involved in the black market.

“They’re working hard to migrate licences, no one is working against anybody else,” he said.

He also said the industry is working round the clock to meet demand, adding supply is making it to distributors and retailers.

“We’re not out of cannabis, it’s not like shelves are bare,” he said.

Millions of square feet of production capacity is being brought on line, which should help ease or erase supply gaps, said Rewak.

“In the weeks and months to come, it will normalize . . . we won’t see a completely rationalized market until the new year,” he said.

“We’ve got some great licensed producers at the final stages of approval.”

And he agrees with Health Canada that logistical hiccups, such as those in product packaging, are a factor in supply problems.

Included among those are difficulties in quickly affixing federal excise stamps to packaging, he said.

Another challenge has been the lack of data on cannabis demand, a realm shrouded in prohibition for 95 years, said Rewak.

“At the end of the day, there was no baseline to compare it to,” he said.

Overall, he said the system has worked reasonably well and expects it will eventually be proven a success.

Some estimates place the annual demand for cannabis at 800,000 kilograms in a market that could produce $6 billion in revenues.