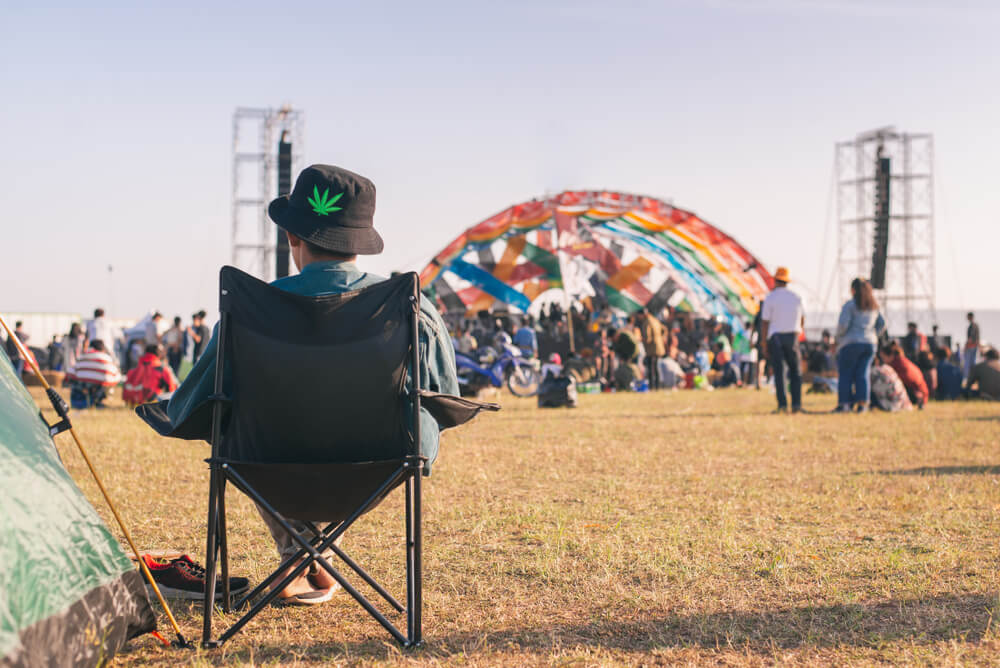 We’ve all heard the term 420 tossed around by now, but what does it really mean?

The phrase itself is used interchangeably throughout the cannabis community to refer to a bunch of different things. Ultimately, it all comes back to celebrating our favourite icky sticky in one way or another.

Whether it’s describing a location that is open and accepting to pot smokers, such as 420-friendly lounges and cafes, or used in the more literal sense to explain what has now become a worldwide event where users can come together and bond over their shared love of bud.

There’s no doubting that 420 has become the universal code for smoking weed.

So, where did this iconic phrase come from, and what brought it to such a level of notoriety?

Today, we will explore the humble origin of 420 and how its influence and creation helped lay the groundwork for the widespread cannabis advocacy movement.

As outlined above, the term 420 is used by tokers to commemorate their shared love of bud and let one another know that they blaze. Ultimately, it is a code for marijuana that has grown to encompass much more than its original intentions.

The term 420 became the short-form way of representing April 20, although when exactly this transition occurred isn’t entirely clear.

In any case, 420 (April 20) is essentially like Christmas for stoners. It has become a highly (in more ways than one) anticipated and widely beloved occasion for pot smokers from around the world to come together, spark one up, and celebrate their admiration for their favourite gorgeous green herb.

Particularly in regions like Canada, where marijuana is already legal, these events can be massive and compare more to the likes of music festivals, in terms of attendance, than small get-togethers.

That said, 420 isn’t just about a bunch of pot smokers coming together to get high. No way! This ‘weed day’ is a stellar opportunity to advocate against the stigmas and criminalization surrounding weed and cannabis culture and collectively work together to remove them.

Still, since legalization, governments and industries alike have begun to cash in on the community’s favourite cash crop, and these events are becoming more and more commercialized every year.

This shift in opinion is actually quite interesting because it shows how the perceptions and attitudes towards marijuana have changed over the years from propaganda like Reefer Madness to being viewed as a lucrative business opportunity.

Quite a few theories are surrounding how the term 420 came to be.

One idea claims that it’s a reference to the legendary folk music genius Bob Dylan’s famous “Everybody must get stoned” refrain from his hit “Rainy Day Women No. 12 & 35.” This theory requires some marijuana math in that 12 is multiplied by 35 to make 420.

Another out-there concept infers that the phrase references Hitler’s birthday.

Yet another stipulates that it’s associated with the number of active chemicals in marijuana. However, this concept is false because there are more than 500 active compounds in weed.

There’s also some speculation that the term came from the California police code for marijuana, but there isn’t any objective evidence to back this claim up.

That said, there is one idea that stands out above the rest as the most widely supported. The theory comes from a former editor of the marijuana-oriented news magazine High Times, Steven Hager.

According to an article from the New York Times, Hager states that the origins of 420 date back to a daily ritual performed by a group of friends attending San Rafael High School in San Rafael, California, back in the far-out times of the 1970s.

Hager’s theory posits that the term 420 originated from a group of loveable ragtag students who called themselves the ‘Waldos’ and would regularly meet up outside San Rafael High School at the Louis Pasteur statue every day at 4:20 p.m. After some time, their ritual spread, and the phrase became the universal code for smoking weed.

This origin story has some evidence to substantiate it through letters exchanged between members of the Waldos. There are even some photos of an original 420 flag. That said, there’s no sure-fire way to verify that these documents are, in fact, legit.

There may be no way to 100% prove the real origin story of 420. Still, this potential evidence is more than what most of the other theories have got!

There’s something poetic about 420 originating from a group of bud-loving buds in California coming together daily at 4:20 p.m. to spark one up. But how did this concept reach such epic proportions to remain still relevant to this day?

Well, as luck would have it, we can thank the usual culprits – sex, drugs, and rock & roll! Well, at least the last two.

As it turns out, one of the original Waldos had a rather convenient connection to the legendary American rock band, the Grateful Dead.

One of the original Waldos, Steve Capper, told the Huffington Post in a 2016 article that Mark Gravitch’s (another of the OG Waldos) dad managed the real estate of the Grateful Dead – which, for the record, might be one of the coolest things we’ve ever heard.

“There was a place called Winterland, and we’d always be backstage running around or on stage and, of course, we’re using those phrases,” Capper explained in the article. “When somebody passes a joint or something, ‘Hey, 420.’ So it started spreading through that community.”

Nowadays, 420 or April 20 is a day that some tokers countdown to with as much excitement and anticipation as they would a birthday, anniversary or Christmas. However, this eagerness has also managed to make its way into the commercial space.

In other words, governments and corporate bigwigs are beginning to see the potential money to be made in legal marijuana and at 420 events, specifically, using them as a platform to promote their various agendas and products.

So, this fusion of cannabis culture and corporate greed has arguably tainted the intended purpose of these events. However, they still present a valid opportunity for blazers to unite and jointly celebrate their shared love of weed.

As we said, there are tons of different 420 events celebrated around the world, but by far, one of the biggest and most well-renowned is the 420 Festival in Vancouver, BC.

Let’s take a moment to provide some herb history context. Today, we’re stepping back to a simpler time – the 1990s!

In 1995, two employees at Marc Emery’s Hemp BC shop, Danna Rozek and Cindy Lassu decided to organize an event on April 20 where people could gather, light one up and share their love of weed in Vancouver’s Victory Square Park. It was also a means of raising money for multiple local charities.

What started as a small get-together soon evolved into a massive protest festival. Due to a massive turnout, the event switched venues to be at the Vancouver Art Gallery in 1997, where 1,000 people attended.

Over the years, attendance has continued to grow. By 2014, the Vancouver festival had over 30,000 people venture to the event, encompassing the entire Art Gallery and surrounding areas and prompting the shut down of multiple downtown streets.

This influx in attendance was cause for another venue change to Sunset Beach in 2016.

From its modest beginnings, the Vancouver 420 festival now has more than 150,000 attendees from all over the world. It has also inspired other cities across Canada to follow in its footsteps by enacting their own April 20 events.

Talk about a trendsetter!

It’s pretty commonly known that 420 is the granddaddy of modern weed events. That said, with more products available on the market than ever before, these innovative new items are sparking events of their own, including one of the most recent additions – 710.

Are you noticing this number trend?

Essentially, those who love dabbing concentrates felt a little left out since 420 is considered more of a ‘smoking’ holiday. So, they took matters into their own hands! They created their own term, 710, which looks like the world “oil” upside down. 710 also has its own corresponding calendar date, July 20.

If you’d like to get the low down on all things 710, check out our dedicated article explaining everything you need to know!

Who would have thought that a group of California students gathering near the wall outside their high school to smoke weed every day at 4:20 p.m. would have such an impact on the creation and facilitation of cannabis culture!

Little did they know that their little daily celebration would eventually bloom into passionate advocacy and full-blown festivals every April on a far greater scale.

These days, 420 has come a long way from just being code for smoking pot. Instead, it has become a symbol of resilience and defiance to eliminate the stigma surrounding cannabis use.

It just goes to show what a group of stoners can accomplish when they come together!