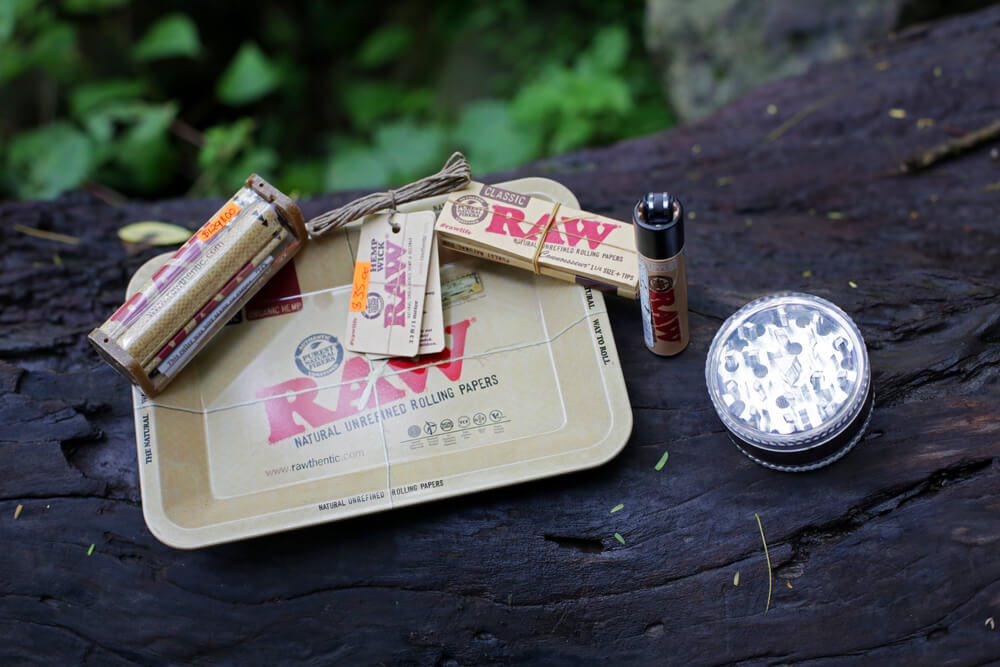 When it comes to weed accessories, a rolling tray might not be the first thing that comes to mind, and you wouldn’t be too wrong for believing so, too. Rolling trays aren’t an essential component of rolling up a joint or for grinding up some weed like rolling papers or grinders are, but they do make the entire process cleaner, quicker, and much less of a hassle.

Today, we’re going to be talking about rolling trays and why this much-neglected cannabis tool is worth investing in, especially if you’re an avid spliff or joint roller!

What are Rolling Trays For?

A rolling tray is for, well, rolling! They’re designed to be a clean and hygienic place for you to handle your cannabis from start to finish. From grinding to rolling, it’s where you’ll want to keep your rolling papers, weed, and filters to have them all in one convenient place.

Let’s be honest here; there are not many amongst us (including your most seasoned smokers) that can roll a joint or a spliff both quickly and cleanly at the same time. These trays are designed to keep not only your weed accessories in one place but also all of your spilled bud.

Sure, you could roll over your coffee table, car console, or desk, but who’s really to say just how clean that surface is? We don’t know about you, but when we’re smoking weed, we want to make sure our loud is as clean and hygienic as possible. After all, it is going into our bodies!

Some rolling trays even have curved edges, allowing you to funnel your leftover and spilled bud directly into your joint before sealing it up.

So to sum it up, here are the benefits of using a tray for rolling:

Stoners and tokers love going the extra mile when it comes to smoking the devil’s lettuce, so it’s no surprise here that rolling trays come in a variety of flavours.

From metal rolling trays to plastic ones with curved edges, you have a lot of choices. Here are some of the most popular brands and types of trays available today!

You could call a metal rolling tray the “Rolls Royce” of trays. Once you whip one of these bad boys out, your joint rolling sesh quickly gets elevated into a ritual. Since the material is metal instead of plastic, it has a smoother and more premium feel in hand conducive to the rolling process.

Another benefit? Its weightiness makes it harder to knock over accidentally. Although not the best selling type available, a metal tray gives the entire process just a tad more pomp and circumstance!

Want to keep things natural yet functional? A bamboo rolling tray will do just that.

Made with bamboo, these trays not only feature a beautifully elegant material, but they also have slots and cut-outs to hold all of your weed accessories and smoking paraphernalia. The RAW one above even has a magnet to hold all of your pre-rolls, papers, and tips in place!

With so many features, the price tag isn’t cheap but if you want a do-it-all tray, a bamboo one is what you want

These types of trays are the most prevalent and accessible to use. Usually featuring curved edges, plastic trays come in a variety of shapes, sizes, and designs. Many feature either cartoons, nice illustrations, and of course your typical 420/Bob Marley toker flair.

These trays aren’t expensive, and you can find them available in most head-shops and online dispensaries. They make a great addition for any weed kit, and for such a low price tag, investing in one to make sure your weed and rolling surface remains clean isn’t such a bad investment.

While not an essential tool, a dedicated rolling tray offers a host of benefits that tokers both new and old can enjoy. Rolling trays keep your surface clean, tidy, and organized, and prevents any of your weed from getting dirty or falling off the table. They help in the rolling process, and can provide visual appeal if you get one you really like!

Point is, don’t sleep on rolling trays. We’re currently slogging through an unprecedented, global pandemic with COVID-19 and using a rolling tray is another way you can keep things extra safe while enjoying cannabis.