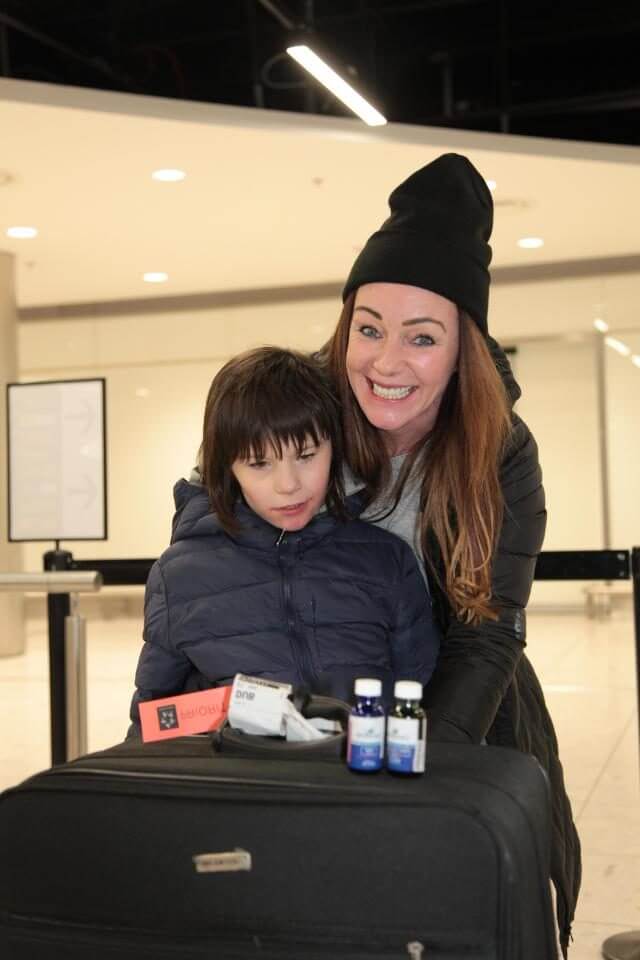 A Tyrone schoolboy has made history after becoming the first person in Ireland or the UK to be prescribed medicinal cannabis, in CBD pills form.

Little Billy Caldwell – who suffers from epilepsy – was previously forced to travel to the US to get the oil which has kept him seizure-free for 84 days.

Now the 11-year-old is set to continue the life-changing treatment at home after a local GP penned the groundbreaking prescription.

Speaking to the Irish Sun, Billy’s mum Charlotte revealed she was “overjoyed” by the victory.

She said: “I’m crying happy tears here today. I’m just over the moon. My who objective has been for Billy to get his medication in his own country. But to get it under medical supervision, which is so important. It’s been such a hard, long battle.”

Castlederg lad Billy was diagnosed with intractable epilepsy as a toddler and given just six months to live.

And his devoted mum was down to the last doses of the vital drug she brought home from the States.

“There’s no going out of the country – he will be supplied CBD pills through an NHS chemist here in his own country.”

Medical cannabis in Billy’s case is a good alternative treatment.

Over the seven months we spent in LA it helped to control his seizures.  The Cannabidiol is used to treat Billy’s epilepsy.

“But I would never promote it as a ‘cure all’ either.”  Battler Billy is now set to get the supplement legally from trailblazing Irish pharma company GreenLight Medicines.

And medical cannabis could soon be used to treat serious illnesses like cancer and multiple sclerosis south of the border too after a bill was passed in the Dail in December.

Praising the Castlederg doc who wrote the prescription, mum Charlotte vowed to continue her fight to have similar legislation dubbed ‘Billy’s Law’ passed in the North.

She said: “Dr Brendan O’Hare has been our doctor for years – he’s a brilliant NHS doctor.”

“No doctor in the South as yet has written a prescription [for CBD Pills].

“I really truly believe Billy himself has opened the doors for a lot of other families who could avail of this.”

Most of the info available regarding marijuana use and seizures is anecdotal. There is a growing number of evidence from individual case studies, surveys and trials providing information regarding cannabis and seizures.

The lack of clinical trials may lead some to undermining the evidence that’s been put forward. But according to a study in 2014 done by Whalley, “most of the available human evidence shows a receding severity of seizures and epilepsy.

A recent study of CBD done by Porter and Jacobson shows the amazing potential for spastic conditions. The reports indicated that before patients were treated with CBD they had on average used 12 different anti epileptic before. In 84% of patients (16 of 19) a reduction in seizure frequency was recorded.
2 patients reported they were completely seizure and 8 claimed they was an 80% reduction in seizure frequency and severity. There was also a an overall increase in alertness, better mood, and sleep within the test group.